What Boris's tax reforms could mean for first time buyers

Paresh Raja, CEO of Market Financial Solutions, advises first time buyers on the political climate and how it could affect those trying to get onto the property ladder…

With Britain’s departure from the European Union looming, political attention is largely centred around Brexit and Boris Johnson’s ability to pass a withdrawal agreement before October 31. However, negotiating Brexit is not the only major challenge confronting the new Prime Minister. The NHS is in need of a spending boost and the financial markets need assurance after what has been a confused period of uncertainty.

Housing too ranks high among the chief concerns of voters, with a survey conducted by Santander revealing that while 91% of young people still aspire to own a home, over two-thirds said it was unlikely to happen unless they received the deposit from their parents. These findings illustrate the scale of the challenge faced by first time buyers as well as the urgent need for the government to start pursuing policy solutions. 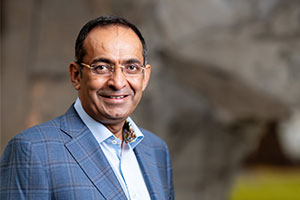 While a lot of criticism is levelled at the insufficient levels of housebuilding, more needs to be done to make Britain’s existing housing more affordable. As such, I believe that introducing new tax reforms is a key way of achieving this.

Boris Johnson likely agrees with this assessment given that he floated a number of innovative tax proposals during the Conservative leadership contest. These include changes to shared ownership and the Cameron government’s flagship housing policy: help-to-buy. Between its launch in 2013 and December 2018, help-to-buy has loaned £11.7 billion to 211,000 buyers. This was a boon to the housebuilding industry, but the scheme has come under criticism for inflating prices. Johnson plans to begin severely limiting the scheme’s scope from 2021 before closing it entirely in 2023.

However, Johnson’s most significant proposal is undoubtedly his plan for stamp duty reform. The Prime Minister has promised to increase the threshold at which stamp duty kicks in to £500,000 from its current level of £125,000. Johnson is also expected to reduce the top rate of stamp duty from 12% to 7%. On top of this, the prime minister has also talked glowingly about the idea of shifting stamp duty liability from the person buying the home to the person selling it. This idea has long been popular with estate agents and some market analysts, who believe the idea could rejuvenate the housing market by removing overnight one of the biggest impediments to completing a property purchase. Consequently, any move to lessen the burden of stamp duty is likely to be welcomed in the property markets, not least because estate agents and mortgage brokers have long blamed stamp duty for making it more difficult for first-time buyers to get a foot on the ladder.

Tax reforms could go even further

Given the depth of the housing crisis, the fact that Johnson has shown a willingness to seriously consider much needed reforms is a positive sign. However, a more dynamic and wide-ranging program of tax reforms could go even further to resolving some of the underlying problems within the housing market. Consequently, the government should proactively seek to implement policies like tax relief for SME housebuilders and further exemptions when it comes to property inheritance.

As the eventual resolution of Brexit draws nearer, expect to see Johnson and chancellor, Sajid Javid, begin to outline their domestic agenda in more detail. And while Brexit remains the most pressing challenge, both homeowners and prospective buyers could benefit hugely from a little tax relief.