Almost half of Brits would stand by whilst witnessing suspicious behaviour in their neighbourhood, according to a recent survey on home security. Of those surveyed, 45% admitted that they wouldn’t report suspicious behaviour to the police but instead find themselves posting it on social media, discussing it with a neighbour or assuming it was nothing and taking no action.

The people of Belfast, Nottingham and Manchester were most likely to stand by and ignore alarms – especially if it was the alarm of a neighbour they didn’t know. In Belfast, one third (31%) have ignored alarms sounding in their street, whilst in Nottingham and Manchester almost one quarter of residents surveyed had (24% and 23% respectively). London ranked tenth in the study.

The research also revealed that traditional house and car alarms are falling on deaf ears with almost one in five Brits tuning out the sound entirely*. 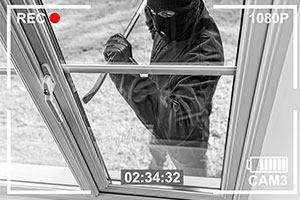 o investigate the effectiveness of traditional house and car alarms, only to find they are becoming obsolete.

Despite suspicious behaviour taking many forms, residents are most likely to report disruptive behaviour to the police than any other type of behaviour, including strangers loitering, unorganised gatherings in the street and graffiti.

Jonathan Wall, SimpliSafe’s UK General Manager said: “For many years, Brits have relied on traditional alarms to protect their homes, trusting that neighbours and other bystanders would intervene if they heard an alarm or saw signs of trouble. As this survey shows, things have changed, and it is time to bring in a new paradigm. At SimpliSafe, we feel the best alarm systems offer a comprehensive package, including around-the-clock monitoring that alerts both the homeowners and the authorities in the event of a break-in. That way you don't have to rely upon your neighbours to do the job of the police, especially during holiday season when many homes are left uninhabited and unmonitored for weeks at a time.

“At SimpliSafe, we offer a Pro Premium interactive monitoring plan, which provides 24/7 professional monitoring plus police dispatch on video verification of criminal activity, text message alerts, smartphone app controls, and camera footage storage- so that you can have peace of mind in the security of your home.”

The 10 Cities Home to the Most Bystanders:

The Areas Most Likely to Investigate and Intervene in a Home Security Scare: