As the 2020 property sales market begins with a bang in the wake of the General Election, housing experts have warned that not enough new build homes are being built to keep up with demand.

The HMRC’s latest property transaction data was released on 21 January and pointed to a rise in the number of residential property sales in the latter half of 2019. There were 104,670 sales in December alone, which is 6.8% higher than December 2018.

The changing political landscape was behind the push in sales, property experts said, as the General Election saw an end to uncertainty about whether or not Brexit would go ahead. And as we leave the EU officially today, sales in January are also expected to be higher than in the previous few years.

Joseph Daniels (below), founder of modular developer Project Etopia, said: “Brexit has ceased to be the ball and chain dragging the property market down to the depths, and with clarity now drawn on that issue, sales volumes have climbed by 6.8% compared to last year. 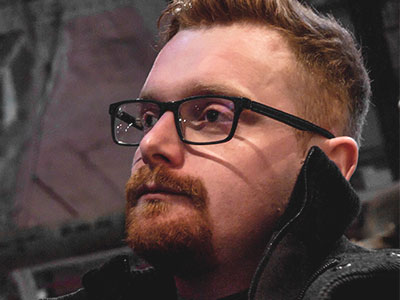 “The prospect of an election prompted buyers to re-engage with the property market as the country’s political future became clear for the first time in a long time, and may have sparked many buyers to seal the deal on their purchases.

“The upcoming Budget could prove to be a big determiner on whether transactions creep towards levels seen before the financial crisis during 2020. Rumoured Stamp Duty changes would be welcomed, as it has been a major contributor to the slowdown in sales in recent years.

“Meanwhile projects to get Britain building on a large scale are crucial to ease the affordability problems which have plagued the market, as tight supply has pushed prices up.”

Meanwhile, figures from the Ministry of Housing, Communities and Local Government released on January 29th revealed:

Clive Docwra, Managing Director of leading construction consulting and design agency McBains, said: “The government has set a target of delivering a million homes in the next five years, yet today’s figures show that the construction industry is way off meeting those rates on current trends.

“AnnualProperty sales are booming – but more new builds are needed starts in the year to September 2019 saw a decrease of 7% on the previous year, and while completions totalled close to 178,000, we need to be building more than 200,000 homes each year to meet the government’s ambitions.

“Last month’s Queen’s Speech contained lots of detail on demand-side measures – such as first-time buyers being offered a discount on purchases – but nothing on the supply side.  The government needs to set out how it intends to boost housebuilding and increase the supply of new homes needed to tackle the housing crisis, such as freeing up more land to build and cutting red tape on planning.” 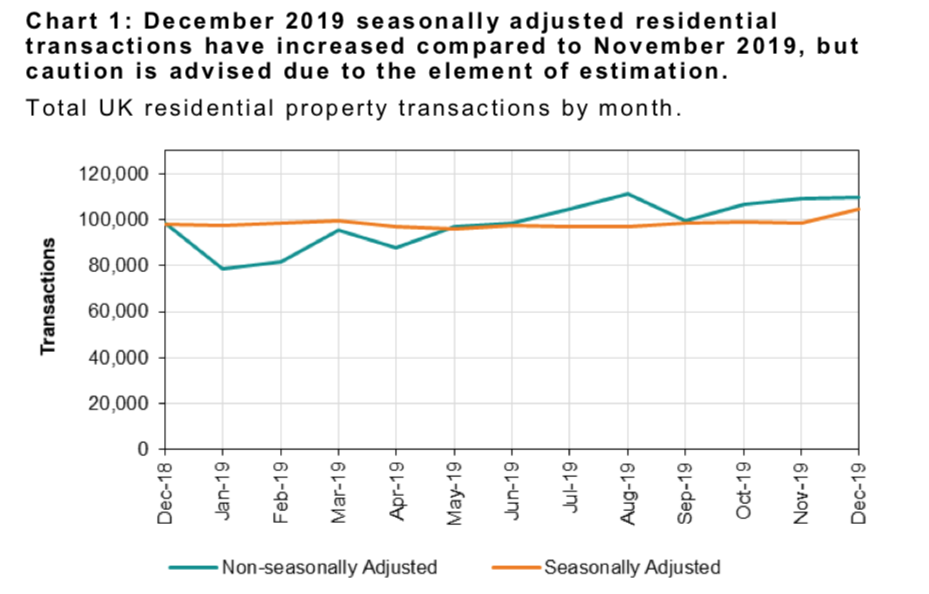 Lucy Pendleton, founder-director of independent estate agents James Pendleton, added:  “Sparks were flying after the election but this month the housing market has ignited, with the Boris Bounce providing the match. A year ago the annual growth rate was just 0.1%. This step change in house price growth is being driven by a resurgence of demand and, with it coming before we’ve even left the EU, is clearly significant.

“Boris’s emphatic election victory has retrieved the spanner from the works and the housing market is now positively humming. This index lands two days after UK Finance also revealed that home buyer mortgages were up 24% annually in December so Britons really look to be on the move.

“January usually marks a return of listings and viewings after the Christmas break. On London’s doorsteps, this has been manifesting itself with increased interest from foreign buyers and investors and, more importantly, a return of enthusiasm to move among domestic consumers. More footfall, more listings, more viewings and more offers over asking price have all marked out this month as the strongest start to any year this century.”